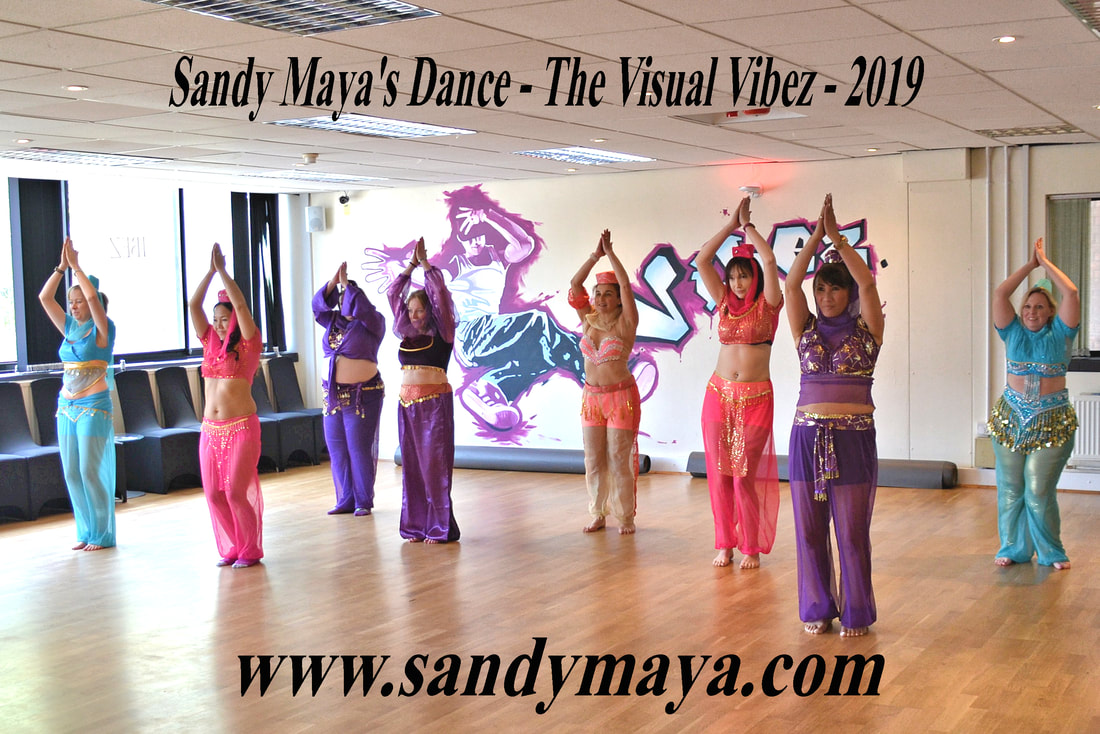 want to be part of the Cabaret Vibez?
Workshops for next year available for booking now

Visual Vibez is an intermediate level group which was created in January 2018. Students attending choreography terms on Wednesday lunchtime at Vibez in Woodley, England, UK ​are performing taught material as Visual Vibez.
Classes for The Visual Vibez discontinued in December 2019

The Magical Vibez were the first group of Sandy Maya's Dance to learn a routine to be performed in 2018. It was Yatabtab and was first performed at the Magical Hafla of the enchanted market in Bracknell in February 2018
​The Magical Vibez are an open level group that welcomes beginners into their midst.
Classes for The Magical Vibez discontinued in December 2019

Wacika and Sandy attended their very first bellydance lesson together at the SMBA in July 2011. Their common interest in bellydance lead to a wonderful friendship and the passion to dance together. The duet's name "Pure Island Sugar" was inspired by both dancers having been born and raised on two seperate islands ( Cikka from Bali, Sandy from Sylt ) before meeting on yet another but bigger island "England".
The mermaid video was meant to promote the first ever "Dance for Clean Oceans" event in 2017
More videos of Pure Island Sugar here
Follow Pure Island Sugar on Facebook
​

Sandy and Sharon had planned to do a duet piece together back in 2018 but did not manage to find the time and then Covid got in the way.
But in 2021 after restrictions were being lifted, the two could finally start on their very first duet.
​Their first performance is set to be in September 2021.